Have you ever wanted to visit the Panama Canal, or is it on your bucket list? My family decided that a Panama Canal cruise would be the ultimate way to check off this adventure. It took little planning and soon we (my parents, daughter, Peyton, and I) were set for an appealing ten-day trip aboard the high seas from Fort Lauderdale, Florida.

Cruise Itinerary on the Carnival Miracle

Our itinerary began in Fort Lauderdale, Florida, where we embarked on the Panama Canal cruise. The cruise featured stops in Belize and Costa Rica, too.

We boarded the Carnival Miracle cruise ship early in the afternoon and enjoyed an entire day of Florida sunshine on board before setting sail later that evening.

The Carnival Miracle had many activities for us that day. As usual, cruise food was plentiful, yet mediocre as I usually find with cruising.

Our room for the cruise was a suite that offered more space than two typical staterooms and could sleep all four of us. Thanks to my partially disabled mother, we landed a handicapped room that allowed her more room for maneuvering her walker. The couch and bunk bed directly over the couch provided sleeping arrangements for the 3rd and 4th passengers, Peyton and myself.

Carnival Miracle offered many bars and clubs featuring live entertainment that it was hard to find time to fit them all in. My family and I played trivia and took full advantage of the midnight buffets, something I do believe only Carnival still offers.

Miracle’s decor was a bit too flashy for my taste, with the worst being the main dining room with massive clusters of purple lights resembling grapes. The vibrant, rich colors, busy patterns, and dizzying lights were just too much.

The first two days of the Panama Canal cruise were enjoyed at sea with us not having to lift a finger to do anything. Our biggest decision of the day was which restaurant to dine at. We played games, gambled, visited the spa, read books, ate way too much, and worked on our tans.

On day three, we sailed into the busy port of Colon, Panama. There were workers and cranes as far as we could see. Colorful buildings welcomed us with souvenirs and a meeting place for our excursions.

My family chose an excursion with Carnival that took by ferry boat to the Panama Canal for a partial transit. We sailed across Lake Gatun to the Miraflores Locks, which took eight hours.

The pricey excursion included a less-than-mediocre lunch, huge crowds, and had little to do other than watch the cargo ships around us on their transit through the Panama Canal. A narrated history of the canal played over a speaker, but it was too muffled for us to understand. Taking pictures was challenging due to a large number of people on the boat.

The Panama Canal was incredibly impressive, but the excursion was boring. It was overpriced for what we actually did; however, I was able to check this wonder of the world from my bucket list. Seriously, if you have been through a locks system on a boat before, it was not that thrilling.

The country of Costa Rica welcomed us on day four of our cruise. Peyton and I chose to do our first zip-lining and aerial tram excursion through the rainforest again offered through the cruise lines.

We rode through the dense forests to our destination. People of all ages and sizes were part of the group, which made me a little more relaxed. I was comforted by the guests in line, telling me how easy and fun it was. Many of them were older than me, so that gave me the reassurance I so desperately needed.

The zip lines were approximately 175 feet in the air, and we were double harnassed/hooked. Though it was a bit scary on the first zip, soon after, Peyton and I loved soaring through the air, free as a bird, at incredibly high speeds!. I am glad I did not back out because it was genuinely exhilarating and fun.

Later, we took an aerial tram ride through the peaceful rainforest of Costa Rica. We saw many species of wildlife, butterflies, bird, and plants. I was disappointed that we did not see any tree frogs since they seem to be on everything represented by the tourism board of Costa Rica.

Following our day in Costa Rica, we had another day at sea. On day six, we docked in gorgeous Belize. Here, Peyton and I chose to tour the ancient ruins of Altun Ha, a Mayan site from around 150 BC. Our guide was hospitable and made the educational part of the tour most exciting with her recounts of Belize’s historic days.

Fun fact: Belize’s flag has 12 colors, more than any other national flag.

Our ten-day Carnival Miracle cruise came to a close much too soon. We were left with nothing more than memories of cruising to the Panama Canal through the hundreds of pictures we had taken.

After disembarking, we began our post-cruise Carnival excursion to the Everglades at Holiday Park, Florida. For only a few dollars more than just getting to the airport, we found that we could participate in a fun excursion and kill time before our flight. The tour also brought our luggage along and dropped us at the airport when the Everglades tour was over.

In a nutshell, the five-hour Everglades park tour was affordable, fun, and educational. We climbed aboard thrilling airboats for a fantastic ride across the swampy waterways. At times, we were three feet from giant gators.

The Everglades were far more impressive than I had ever imagined, and the flowers, unforgettable. The park also offered an on-site alligator show that allowed us to get up close and personal with the gators. I highly recommend adding this post-cruise tour if you have the time.

All Good Things Must Come to an End

The Carnival Miracle provided excellent service and a memorable cruise experience. Still, the quality of food, decor, and choice of activities was not as good as some others we had been on. Carnival did have reputable evening entertainment and a talented cast of singers and dancers.

The impressive spa was beautiful and the spa services were worth the splurge. The Carnival Miracle’s casino was paying out money in decent amounts, something you do not always witness on a cruise ship. Peyton would like to add that the teen club was top-notch and kept her very entertained.

Since we traveled over Halloween, Carnival paid homage to the holiday by having pumpkin carving, costume contests, and many other Halloween activities. The adult late-night costume party was a riot!

I am glad that I chose a Panama Canal cruise to see this bucket list destination. Though the port fees are high for this cruise, it was worth every penny.

Is the Panama Canal one of your bucket list items?

If you like cruising, check out some of our other great posts:

How To Book A Cruise

#STETupelo: All You Need To Know

Yellowstone National Park and Beyond

The Best Things to Do in Hattiesburg, Mississippi 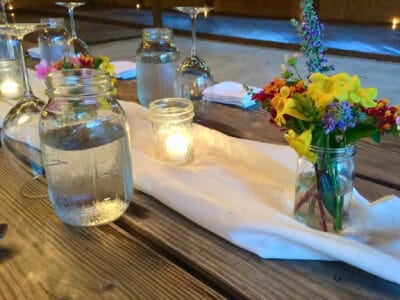 10 Fun Things To Do in College Station, Texas

#STETupelo: All You Need To Know

Yellowstone National Park and Beyond

The Best Things to Do in Hattiesburg, Mississippi

10 Fun Things To Do in College Station, Texas