Here are six Kansas attractions that are fun for all, but especially great for men, including trains, motorcycles, classic cars, and more.

While on a road trip across Kansas Highway 36 with a girlfriend, I saw many men out solo traveling. There are plenty of men hitting the roads from restaurants to museums, and it seems like there are hardly any articles directed at that demographic. So, here you go. These six Kansas attractions for men can be enjoyed by anyone (I’m a testament to that), but I know my husband, dad, and son-in-law would love them in particular.

In Washington, Kansas, you’ll find a labor of love in Herr’s Memory Lane collection. Owners Lawrence and Cara Herrs have a gem stored throughout three buildings that are chock full of over 100 restored trucks, cars, and tractors. The interesting collection began when Lawrence, a mechanical genius with a photographic memory, recognized the serial number from his father’s tractor at an auction and brought it home with him.

Expect to find a wide array of tools, including an original 1930s garage with tools and workbench, plus the most extensive selection of vintage tractors I’ve seen in one location. A few valuable cars on display are a 1929 Briggs, 1917 GMC gas truck, 1918 IHC model KL fire truck, and 1918 Buick race car. Most cars range between 1912 and 1950.

I loved the kitschy 1950’s diner, filled with Coca-Cola memorabilia (created for Cara) and the collection of kid’s antique pedal cars.

Due to the pandemic, Herr’s Memory Lane is open by appointment only (call 785.541.0650), but the couple lives on the premises and happy to show off their bounty.

In Decatur County, Oberlin, to be exact, you’ll find what doesn’t appear to be a politically correct named museum. But, it is a treasure trove of all things old, precious, historical, and educational under 15 roofs. The properties are almost their own town! As a travel writer, I visit museums all over the country, and if I could pick one that the Smithsonian should partner with to be an affiliate, this would be the Last Indian Raid Museum.

The Last Indian Raid Museum does have exhibits and artifacts remaining from the actual last Indian raid in Kansas, a heart-breaking story, but it has a little bit of everything. From a one-roomed schoolhouse to a vintage barbershop, historic weaponry to local high school memorabilia (50+ years), you could literally spend all day looking at the many extraordinary exhibits in this very well-done museum. Other buildings include a church, sod house, general store, gas station, and medical office, to name a few.

In the northwestern corner of Kansas, one may be surprised to know that the St. Francis Motorcycle Museum has been visited by someone in all 50 states and nearly the same number from international destinations. It is fabulous. I’ve been to the museum twice now, and each time I can’t get enough—plus, exhibits often change to keep you coming back for more.

Expect to find a wide array of motorbikes from 45 manufacturers (i.e., Excelsior, Flanders, and Pope), emphasizing Harley Davidson and Indian bikes. I am always giddy over the vault items and motorbikes ranging back to the early 1900s and in pristine condition. I am shocked that Harley Davidson has not been there and tried to partner with them in some fashion.

This riveting museum is open daily from 10 AM to 5 PM except Easter, Thanksgiving, and Christmas. A donation of $7 is suggested.

Fun Fact: The St. Francis Motorcycle Museum has one of the only two known 1902 Orient motorcycles, one of the earliest ever made.

A private collection in Fairview County, KS, (Brown County) along US Highway 36 is available for drop-ins and well-worth the visit. My friend Sara and I met Van, the shop owner, though his real name may be Clarence, during the Big Kansas Road Trip in 2021. This spring, we stopped by to say hello and see his fantastic model train collection again. This is a Kansas attraction you won’t want to miss.

Van and his children assembled the several rooms full of trains, some with 6-8 trains on each track. The scenes and displays are incredible, true to scale, and then there’s a collection of brand-name model trains displayed on wall shelves. My favorites are the Coca-Cola, chocolate candy brands, and Disney pieces, but the Christmas village and locomotives are also impressive.

Van also has a train car sitting in the yard and several railroad accessories. He never meets a stranger and would love to share his love of railroad model trains with you.

Fun Fact: Over the last 40 years, Van has shared his collection with countless school groups on field trips and for private parties.

Get a teaser of this museum from my friend Sara’s FB video here.

I don’t know how I missed this delightful museum during the Big Kansas Road Trip, especially since my step-brothers and dad are all or were firefighters, but I’m so glad I finally found it. Downtown Seneca’s Fire Department Museum has a nice collection of local fire department photos, uniforms, and the prized 1922 Stutz. The guys in my family would have gone crazy over this vintage fire truck and the fire hoses and equipment from way back also in the museum.

We were given a tour by Mike Haug, retired fire chief and enthusiastic man who made our time at the museum truly exceptional. I know it is silly, but I loved getting dressed up in the firefighter gear, perfect for photo ops, including jackets, gloves, and helmets. Man, this equipment is super heavy. I have a deeper appreciation for those who put their lives in peril to save others.

In Belleville, Kansas, the High Banks Hall of Fame National Midget Auto Racing Museum (shew, that’s a mouthful) took me off-guard. I wasn’t familiar with midget auto racing, but it is a big business with a huge following. This articulate museum has all sorts of goodies, from NASCAR greats to trophy collections, collectible cars to Sprint car merchandise. Also included are Indy and Sprint cars, helmets, Micro Midgets, hundreds of photos, and Hall of Fame inductees.

In addition to the museum is a half-mile dirt track that has been in operation since 1910. The racetrack hosts the Belleville 305 Nationals in late summer. Donations at the museum are accepted.

Read more about Kansas in these posts:

A Day Trip to Goodland 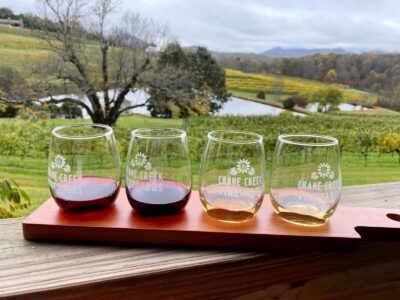 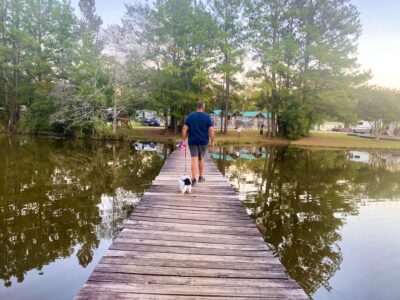 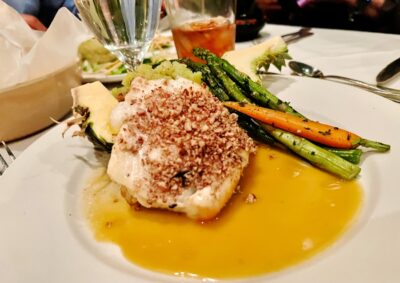