Should Traveling to Cuba Be on Your Bucket List?

I had the opportunity to visit Cuba via Fathom Cruises, which has since closed but operates under their parent company, Carnival Cruise Lines. Though I had not planned to visit Cuba, the offer was too good to refuse.

Many of my friends have had Cuba on their bucket lists for ages so how could I pass it up? Cuban food, cigars, and a beautiful, picturesque backdrop were what I geared up for, oh, and with a Mojito in hand!

My cruise left the Port of Miami, Florida heading for stops at three ports of call: Havana, Cienfuegos, and Santiago. During my cruise, I had a chance to brush up on my Cuba history, which was missing many pieces. in 1519, Cuba had been under the rule of Spain for four centuries.

During the Cuban Spanish-American War, we, along with Cuba, fought against Spain. The fight ended in 1902 and Cuba was declared a republic free of Spain.

I learned about ration cards, created as an aid program in the 1960’s and how each family receives a card to go buy food. Some monthly items were free while others were discounted to subsidized prices. These included fruit, oil, beans, chicken, pasta, sugar, and salt.

My tour of Old Havana, a recognized UNESCO World Heritage Site in 1982, covered its four most popular squares: Plaza de Catedral, San Francisco Square, Plaza Vieja, and Plaza de Armas. The streets are mostly cobblestones so be sure to wear comfortable shoes.

The heat in Havana is quite intense so you may want to bring a hat and sunscreen. Stay hydrated. Another fun square we stumbled upon was Pigeon Square, which is exactly as it sounds. The San Francisco Church was magnificent, be sure to go inside.

Somewhere in between touring the squares, we squeezed in lunch. We ate at La Bodeguita del Medio, the Hemingway hangout that is probably the most popular bar in Havana. The third floor was reserved for our group with a nice table offering a nice and much-needed breeze. Musicians played a short, lively concert while some of the guests danced.

La Bodeguita del Medio, a government-owned establishment, provided a variety of foods including rice, beans, stewed meats, and more. Quite a contrast from the food that is served in paladars, the locally owned restaurants.

Afterward, we had time to explore Havana on our own. Suggestions during free time include picking up some Cuban rum, cigars, or a book from Book Square. Traveling to Cuba should include a Cuban coffee or highball rum cocktail, over half full of Caribbean Vitamin R (aka rum).

The second day in Havana took us by motor coach to see the Cuban capital building. The streets were lined with 1950’s antique cars. One can never get enough photos of them. The brilliant colors are just mesmerizing. Take a ride around town in them with a local guide, which may set you back the equivalent to $30-50. A guided tour of a local cemetery and other colorful parts of the city followed.

Cienfuegos is found on the southern coast of Cuba. It is dubbed the “Pearl of the South”. This settlement was only founded in 1819, but surprisingly, this is a new development for a country as old as Cuba. Beautiful Neoclassical buildings dot the landscape.

Our cultural excursion included a private performance by a local choir. At this function, the theater was lovely, with hand-carved woods, ceiling frescoes, and beautiful Carrara marble. Cienfuegos is also recognized as a UNESCO World Heritage Site.

Santiago is a cultural gem located in Southeastern Cuba, facing the Caribbean Sea. It dates back to 1515 and the city’s Afro-Cuban influence is very apparent in the art and culture. This is the grounds where the Spanish-American war was fought. The watchtowers and cannons are still intact. You will visit the San Juan Hill battle site where Teddy Roosevelt and his Roughriders fought.

The most famous attraction in Santiago is Castillo de San Pedro de la Roca, the coastal fortress site from 1637 constructed to protect the city. It is the oldest fortress in Latin America. History enthusiasts will love this day!

Several city squares will be visited including Antonio Maceo Revolution Square. Lunch is included and will most likely be at a local paladar if a government-owned eatery was your offering in Havana. This will allow you to experience both dining options while in Cuba. One cultural performance was to see dancers at the Cutumba and Macumba center which also showcased drummers. The music was lively and the dancing incredible.

Hints for Traveling to Cuba

When traveling in Cuba, you will need to bring your Passport with you at all times. Cuba uses a dual currency system; you will not be able to use American dollars anywhere in Cuba. The money is either in cup or coops, and there is no rhyme or reason as to which currency each store uses.

For your convenience, you may exchange money on the cruise port for a nominal fee. Without a cruise port, you will most likely need to exchange money from home. Exchanging Euros is less expensive so if you have some lying around at home, be sure to bring them.

Cuba’s vibrant landscape perfectly captures the country’s past as if it were frozen in time. This exotic island, the largest in the Caribbean and located so close to US soil, with a culture that you have to see to believe, is a place to explore for beauty, education, and originality.

Uncommercialized like so many of its neighboring countries, your visit will transport you to a world that seems frozen in time that we have only seen on TV and dreamt of. Yes, I concur with my friends, Cuba should be on every traveler’s bucket list.

Special thanks to Fathom Cruises for hosting me on this itinerary. As with all of my posts, opinions and reviews are 100% mine and unbiased.

Check out our other tropical destination posts:

Cruising to the Dominican Republic

What to Do at the Key West Cruise Port

Where to Eat in Johnson City, TN

Your Guide to Visiting Melbourne, Florida Best Things to Do in Beckley, WV 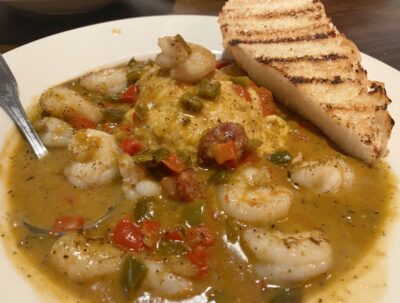 Where to Eat in Johnson City, TN

Your Guide to Visiting Melbourne, Florida

Best Things to Do in Beckley, WV